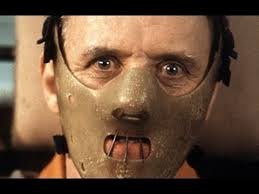 Another night of five hours of sleep birthed extravagant dreams of me and my boyfriend going on a murdering spree (he started it). It’s my fault, I watched too many serial killer documentaries.

I think I do better on tests after a short amount of sleep and some murdering dreams. Because I fucked the shit out of that Integral test. I apologize for the vulgarity if you are the sensitive type, but that’s the best way I can describe how hardcore I breezed through that shit.

Now, if this is overconfidence speaking than think how thoroughly disappointed I’m going to feel next Monday when I get that crap back with a big F stamped on it.

No, it was much too easy. There was only one problem I got completely stumped on and even then I winged it well enough to get at least partial credit. I felt bad for the poor kid with Asperger’s who always sits behind me; he looked like he was really struggling with his hand all yanking on his hair and shit. He went up to the professor asking about some problem he couldn’t factor. That’s because it wasn’t meant to factor.

But whatever, all I know is I marched out that room like try me, bitch.

Anyway, it’s not the first time I’ve had dreams of killing people. I have three main categories of dreams: Robberies, Tsunami’s and Alien Invasions. The Tsunami ones have pretty much died off, but for a couple years I had them every night. The Robbery category is rather new, and usually I’m the one talking the robber down from shooting up the store. They always sing the same songs (I remembered in one dream that I’d heard it in my other robbery dream and I told the guy in my second robbery dream about the first robbery guy who also sung the same song), although I never heard the song in the real world before. The robber always ends up shooting himself in the head at the end. It’s pretty disgusting.

The Alien Invasions are fun. I have conversations with my subconscious in those. It always shows up in the body of my friend then tells me these great lessons of life, always tells me I need to calm down, I need to focus, and they said something way more important than both of those and now I can’t remember. I probably wrote it down somewhere.

I only had one other dream where I murdered someone. I was in a black S.U.V and I took a knife and stabbed this dude in the chest. It felt like stabbing raw steak jello. I woke up disturbed.

A while later I dreamed a town got set on fire and then I jumped off the top of the building because I was just sick of living in a fire town.

I’ve had a lot of crazy dreams, a lot of lucid dreams. Often I lucid dream when I need to get the fuck out. If I’m having someone chase me or if someone’s going to kill me or strangle me or whatever, I suddenly realize whoa, dude, I’m dreaming, I need to wake the fuck up. So I struggle a bit through the dream wall, through sleep paralysis, and then eventually open my eyes to the real world.

One awesome time I was having an amazing dream, although it’s a pity I can’t remember it, then some shit woke me up, some dude banging on the wall or something, and I got pissed. So I told myself go back to sleep and dream that dream. So I broke through some creepy dream wormhole and plopped down right back in my dream. Best day of my life. I woke up feeling like I traveled through some different dimensions. I probably did. I’m surprised I didn’t see a T.A.R.D.I.S.  Maybe dreams are a vision into another dimension. Maybe that’s why people chase me. They’re like, yo, get the hell off my fifth dimension lawn you whipper-snapper!

I’m not one for dream interpretation, mostly because my dreams are just out there–like the time I had one dream that my throat was swelling and that no one would believe me and I realized I was in a dream, so I laid down in my bed and told myself to wake up and when I did I saw a two headed dog in the window and I realized, Fuck, I woke up in another dream.

Interpret that. Do it. I’m serious. If you can give me an interpretation for a dream inside of a dream with a two headed dog staring at me in my window, I’ll give you a piece of candy.

I’m not in a “write about something important” mood today. I’m also cursing a lot. Fucking sue me. I’m in a good mood, and I can’t think straight when I’m in a good mood. That’s probably what makes my mood so good.