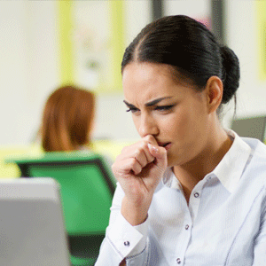 I’ve been writing on this blog since July 2015, periodically at best, fragmented at best, turned it into a domain I could own, lost the domain because I couldn’t afford it, and now here I am, back to square one, reintroducing myself to the world of rants, vents, and sarcastic musings.

I realized how good of an outlet this place is, and I miss the interactions between new people, old people, and people in general. Fuck building an empire, fuck pleasing people, and fuck everything, in general. I think that’s a good way to start off this post.

In reading back a lot of my old posts, I laughed at my own jokes, humored myself with my own sarcasm, and cherished my vulnerable moments: essentially it was a huge ego trip. Isn’t that wonderful? How conceited can I sound? I could probably be worse if I tried. But what’s life without having a bit of an inflated self-esteem? What’s life without trying to convince the world you’re a god among men? Kanye knows what I’m talking about, right? No? No one? Okay.

Love Kanye. What he say in his new song, Yikes?

“Shit could get/menacing/frightening/find help/ sometimes / I scare/ myself.”

“I can feel the spirits all around me/ I think Prince and Mike is trynna to warn me/ they know they got demons all on me/ devil been trynna make an army/ they been strategizing to harm me/ they don’t know they dealin with a zombie. ”

I resonate with that on a spiritual level. That’s not sarcasm.

And, of course, the most influential line of his musical career:

That song took me to higher levels of consciousness. I sat at the computer listening to Lift Yourself, nodding to an average beat, but that next verse? That NEXT VERSE THOUGH? Damn, I just didn’t really realize, I guess. I don’t think I’ll ever find another set of bars that chills my veins like “Poopity Scoop, scoopty whoopty poop”. Or, whatever.

In 2015 I was twenty years old, barely out of the terrible teens, and in 7 days I will be twenty three, still barely out of the terrible teens I guess, and in my own apartment free of the reign of terror that has been my parents’ apartment. I have good memories and bad memories. The good memories are pretty good, the bad memories are pretty bad. Read previous posts for more info. I’ve basically put the last three to four years of my life in a chronological order on this blog.

I remember writing a post about my predictions for the 2016 election, and how if that base head neurosurgeon Ben Carson dropped out of the race, Trump would win. Well, what happened? Without Ben there to cancel out Trump’s stupidity with his own, nothing could stop Trump. Don’t agree with me? No one’s asking you to, but I basically predicted the future, so . . .

Now what I’m trying to predict is when I will find a competent psychiatrist. I’ve sort of come to the conclusion that it’s impossible. I had a good two months with a county-funded psychiatrist who listened to what I said and, for the first time in my life, found a set of medications that worked well with me, but when they kicked me out of the Mental Health building K because I didn’t want to actively kill myself anymore, because I still had a job, I got stuck with a regular county psychiatrist who, when I told her I’d stopped hearing voices, told me I was lying and sent out a prescription for a higher dose of my medication. 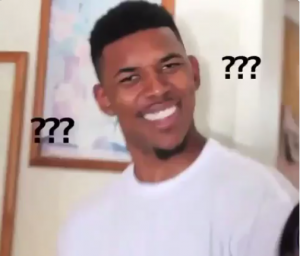 If you’re wondering, I stopped seeing her.

If I don’t want my medication dosage raised, don’t fucking raise it.

Now, here’s the tricky thing. In leaving that shitty psychiatrist and stopping all my medication, I not only put myself through some serious mental hell, I also lost the ability to find a psychiatrist or therapist at all.

*For global readers, insurance is what the United States scams it’s citizens with to get more money.*

With my propensity to freeze up talking to doctors, psychiatrists, and therapists, I often get help calling for new appointments because the anxiety paralyzes me. So I’ve pushed my family to help me call. We’ve been calling for two months now.

One psychiatrist has gotten back to us, after a week of him leaving voicemails, us leaving voicemails, and both of us missing each other. He asks how old I am, and what’s going on with me. My mother takes the call, and explains what I’ve described, and he suddenly has too many patients.

Every other mental health professional we’ve called and who has called us back and left a voicemail always, always said “I’m sorry, I’ve got too many patients right now” without needing to know any information about me.

This motherfucker said that after he learned what I was going through. What does that make me think? That he can’t take on a challenge. And, if that’s the case, at least have the balls to tell it to my face. Tell me you don’t want to deal with me. Tell me you can’t handle it. If you can’t admit that, fuck you, you’re a coward.

And most importantly, don’t ever waste my fucking time again.

If you’re wondering, most recently I’ve breezed through 5 new diagnoses (not counting the ones I had as a teenager) after seeing 4 psychiatrists and a few therapists since December 2017 (six months total) , and I only found out the most recent one because I sat in my psychiatrist’s seat and read her notes on her computer while she went to go talk to a colleague. If they won’t tell you what they write, read it yourself–a tip for anyone new to the mental health system. Just don’t get caught.

The diagnoses have been: GAD, PTSD, Depression, Bipolar 1, Psychosis NOS from oldest to newest.

Some psychiatrists haven’t agreed with the PTSD–how is that something to refute, anyway? They ruled out schizophrenia and depression with psychotic features. The psychiatrists in the hospital were bent on Bipolar 1 even though I’ve never been manic in my life, the one I saw immediately after my hospitalization wasn’t sure at all what I was dealing with (finally, an honest fucking response). The last one is hell bent on psychosis NOS. They all agree on the depression and the anxiety.

So, what have I learned over these last six months besides the fact that if I’m not actively suicidal and/or psychotic I won’t be taken seriously as a candidate for steam-lined mental health care? Other than, if I’m still working I don’t actually need any real help?

If I didn’t love my job, I would have quit just to add the dramatics they obviously want.

I welcome myself back into the blogsphere.