The FDA had approved Fanapt and Saphris four or five years before I did a post on them two years ago. Let’s recap. Please. Let’s.

Two clinical studies got this drug FDA approved. One was a six-week study, one was a four-week study.

In the six-week study (42 days) there were 706 people. Let’s keep in mind that the minimum amount of days for a clinical trial to be considered relevant is 30. Three long term efficacy trials were conducted at once (source). Each individual trial lasted ten weeks. That’s “long term”. I wonder how long those of you who have been put on Fanapt have been on it at this point. If my sarcasm hasn’t been evident yet, look harder.

Fanapt was concluded to have the same long term efficacy of HALOPERIDOL.

Fanapt is an atypical anti-psychotic, meant to have a lower risk of EPS and Tardive Dyskinesia (TD). Whether or not that’s true is up for debate. Haloperidol is a first generation anti-psychotic. It’s infamous for EPS and TD. Why? It’s been around longer.

Both are the same level of “effective” (whatever that means). How much between first-generation and second-generation has changed, then?

The four week study had 604 guinea pigs. This study was 28 days. They must have done it in February. A loop-hole? “We can’t control the days in the month, this should be an acceptation to the rule, waa, waa, waa, cry, cry, whine, whine until we get our way”. That’s what they do. Remember Alex Gorskey?

Fanapt had similar efficacy to the control antipsychotic used in the study. 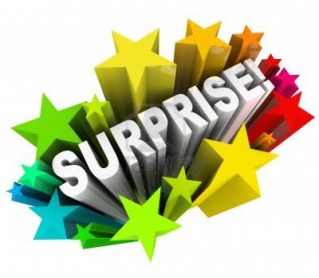 Treatment target: People labeled with schizophrenia, in a manic episode, or a mixed bipolar 1 episode.

Oh this is rich.

This study agrees the effects are minimal, if they exist at all in terms of Saphris.

Three short-term studies got this approved for schizophrenia. Each 6 weeks. Listen . . . my laughter is making it impossible to type. Okay, okay listen to this:

Let’s breathe and, as promised, stand and clap and whistle if you can. Why am I bringing all of this up? Why am I digging up old news like it was your childhood kitty cat who’s been buried under the rosebush by the fence? Well, let’s think about it.

They put so much effort into pushing out antipsychotic after antipsychotic (i.e, Invega) and recycling the same drug labeled with a new name (Haldol vs Fanapt/Saphris) that they have to start creating drugs to fix their first mistakes: the lifetime effects of TD.

The FDA, this month, right now, approved the first drug for TD. It’s called : Ingrezza (valbenazine). I found this out, of all places, from NAMI’s twitter.

Let’s do this one more time, shall we?

I’ll say it once and I’ll say it again: it’s pretty much the motto of this website at this point; I’m not anti-medication. I’m not anti-psychiatry. I’m anti-stupidity. And this is stupid. It’s stupid because we all know very well when a drug is made to treat something, that drug–when coming off it–will exacerbate the something. That leaves you trapped, regardless of the side effects. And when you’re trapped, you feel helpless. And when you feel helpless, you’re reminded how sick you are even if you’re not sick. When you believe you’re sick, you limit yourself. When you limit yourself, these companies make billions and you make an indent in your couch.

You should be used to my bluntness by now. I shave it down for no one, and I never will.

If this drug does what it says it does, and it can “cure” the people who have been damaged by drugs like Haldol, wonderful. I’m going to count on that not being the case. I will count on it making a good 200 billion dollars though.

I’m looking for the logic here. So much effort into the production of antipsychotics, so little effort into the dynamics of the mental health system. I’m willing to take a huge, very educated guess and say that many people on anti-psychotics could, with proper support and belief and understanding of themselves, live without anti-psychotics as a daily ritual. Sometimes I don’t know how I do it, but I do. The more people who are able to do so, who are supported and not oppressed, the less TD there will be, the less need there will be for new TD drugs.

Neurocrine Biosciences, if you’d like a cure for TD, there you go. Need more information? Hit me up at 1-800-DELUDAMOL. I’m sure you’re familiar with the number.

4 thoughts on “Care For Some Drugs For Your Drugs?”