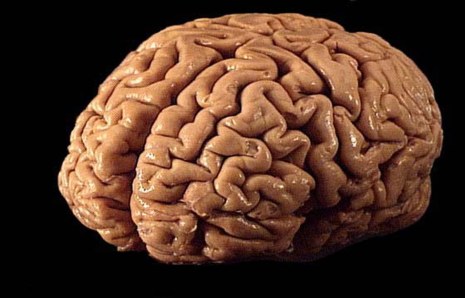 But the main reason I like the brain is because we don’t know half as much as we think we know. I’m convinced our brains, which have named themselves, know things they don’t want us to know–or know things they know we couldn’t handle knowing. Not just about ourselves, but about the universe, the spirit world, particles, biology, consciousness, everything. Think about the layers of protection we have, biologically and strictly mentally. Our body and brain uses every last resource it can to keep us living. Why? Because it’s biologically wired that way? Maybe. But there’s nothing you can say to prove that. And there’s nothing I can say to disprove that.

There’s a new study coming out of a U.S and Japanese research team-up that has compelling evidence the brain duplicates memories upon their formation: one copy for the present, one for the past that gets carried into our future: it’s there for a lifetime. It might not be available to our consciousness for a lifetime, but it’s there.

The hippocampus (short term) and the cortex (long term) are two areas of the brain we know memory is apart of. In mice, this team watched a specific cluster of connected neurons (i.e, a memory) in reaction to shock. To control individual neurons, they used beams of light and could essentially turn memories on and off. Memories were shown to form simultaneously in the hippocampus and the cortex.

These scientists say it may help us understand diseases like dementia. I’m looking at the bigger picture. Essentially, these memories are being “duplicated”. One is cemented in the brain after a few days (the long term memory) and the other is readily available. As long as the biological connection remains between the cortex and the hippocampus, the memories will be available to our consciousness.

So what of fugue? What of amnesia? What of Trauma? What could this potentially tell us about Dissociative identities?

This is why I tend to disagree with people who refuse to believe in the reality of dissociative identity. I disagree for two reasons. 1) I’ve met someone who has shared his personal experience with it. 2) If the brain duplicates memories, one for the long term and one for the short term, what do you think it would do in reaction to memories it doesn’t want to deal with?

Our brains are emotional little creatures. Torture, abuse, anything to hurt our consciousness and soul seems to tip our little brains upside down. They react different ways because each brain is unique. It has the job of not only keeping our physical body alive, but our mental one as well. It harbors everything that we know about life. Taste. Smell. Sight. Hearing. It lets us feel warmth. It hosts every single thought we’ve ever had and ever will have. We learn. Not a computer in the world can match the amount of space or the speed we have in that little jiggly meat sack in our skulls. It interprets life for us and we have no choice but to trust it. 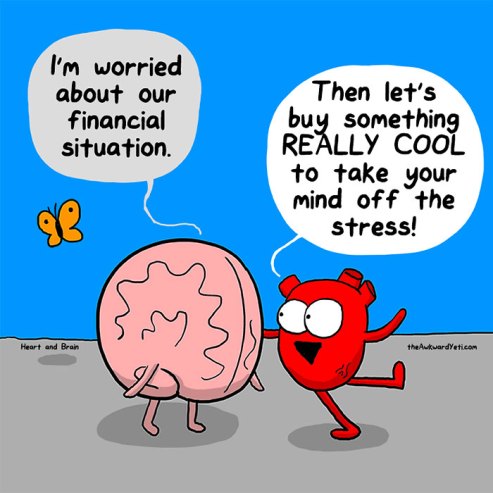 Could you imagine forming simultaneous memories of being beat every day, locked in a closet, given rotten food for dinner and dirty water to wash it down with?

We know maybe a millionth of what there is to know about the brain. Memories could be duplicated ten times for all we know. We can’t test shit on humans, thanks to the fucking goody-two-shoes ethics committee, so we’ll probably never know.

If the brain has memories even it doesn’t want to see, it can’t destroy them–so it relocates them. And those memories pile up and up and up until they take on a kind of life of their own. A personality of their own, you could say.

Not that trauma is the only area of life responsible for experiences like that, but for those of us who have been through some kind of trauma, you know what I’m talking about.

Let’s not take everything in life at face-value. And let’s be careful not to sum up such a simply complex experience of being conscious creatures to the limited amount of biology that we know.

If you’ve seen the movie “Split”, and you understood the actual message behind it, not this weird, misguided mass opinion of “uhhhh it’s making fun of people with mental problems errrrrrrrrgaawwdd”, you also know what I’m talking about.