Remember, Remember, the 8th of November.

That’s the steady line that has been coursing through my veins for the last 24 hours. Yesterday’s election marked a stain on the history of the United States. But look at it this way: this one itty, bitty amount of blood splatter that was the 2016 election will be indubitably buried beneath the hundreds of thousands of other unresolved bloodstains in the history of this country.

Everyone today has expected me to be furious, probably because I have a reputation of being furious over stupid things. However, I am not furious. I’m not hurt. I’m not even disturbed. My psychologist today asked, with caution, how I felt about the election and I just laughed. Then she laughed.

The majority of people are screaming at Trump for being an “idiot”. Clinton had the popular vote in the bag, but we all know that doesn’t matter. The last I heard from NPR, some anti-Trump riots have broken out. So here’s what I have to say about Trump.

Firstly, I will never acknowledge him as a President. Although I don’t have an ounce of respect for the majority of the American government, I do hold a belief that someone who is supposed to sit in a seat of a politician should have some political background.

Secondly, people keep calling him stupid and I feel they’re missing the mark a bit. Granted, the things Trump says to the majority of us, our eyes pop out of our heads, we grow weary, infuriated, and we blast him on a social media platform and breathe because we’ve apparently done our part. Then we gossip about him on the streets. Then we make jokes and say we’re going to move to Canada.

Trump says some ignorant things. He’s a liar, he’s a manipulator, and he quickly came up with his “Make America Great Again” slogan to draw in the whitest, least educated, most die-hard Republicans he could. He did this because he’s highly aware that the whitest, least educated, most die-hard Republicans are not that smart. Or, at least, someone on his team is aware of that.

His family is wealthy, yes. And with money comes an arrogance. The arrogance soon grows into this feeling of invincibility and invincibility quickly grows into the ability to manipulate. You have to have a certain level of intelligence to manipulate. This is coming from a seasoned manipulator. The more he believes he’s invincible and projects that belief onto easily manipulated people, the more invincible he comes. That’s why he can say what he wants and people don’t seem to see through it.

For those followers I have who are new, who weren’t with me in September, October, and November of 2015, you won’t remember the post I made comparing Ben Carson and Donald Trump. Carson was a special kind of idiot. He attempted what Trump’s succeeded at. The problem with Carson is that he didn’t plan it out enough. His lies held no foundation because he had no support force. He lied before he manipulated enough people: rookie mistake.

I also said in that post that if Carson dropped out of the race, his stupidity would no longer be there to cancel out Trump’s, and Trump would pull ahead. And that’s exactly what happened.

I feel strongly for this country at this moment. I feel strongly that we’ve reverted back to the truth: we have no closure from our history. We have no unity as a people. We have nothing. If Native Americans were underrepresented before, well . . . they might as well not exist as of now. That’s one message I feel with someone like Trump elected.

In fact, other ethnicities in general might as well not exist.

What we can all do right now in the face of this adversity is build stronger communities. We are a country of 324,118,787. It’s unrealistic to think all of us could stick together, but it’s not unrealistic to think all us within each community, each county, could help support each other. Unification is the best defense against a manipulator; if he can separate us, he can toy with us as he pleases. And we’re already extremely separated.

My point? Involve yourself. Know what goes on around you. If that’s hard for you, find a way. You have more power than you believe, and I think that’s what a lot of us forget.

I’ve said it once and I’ll say it again: I could have given two shits about this election. I don’t care that Trump won and that Hillary lost. I don’t care because it’s all a joke, and it’s always been a joke: the government, the position of president, and the idea of America as a country in general. This country was founded on manipulation: why do people expect anything different these days?

I’m not cynical, I’m realistic. It’s really not all that surprising Trump was elected. This is a country of unhealed wounds, wounds first opened the moment other countries stepped foot on this land’s soil and committed acts of genocide that still aren’t discussed in our school’s history textbooks.

Yes, acts like that were committed everywhere to all kinds of people. It’s still going on in places in South America. But “America” is a very “new” “country”. It hasn’t learned how to heal or give even an ounce respect yet. 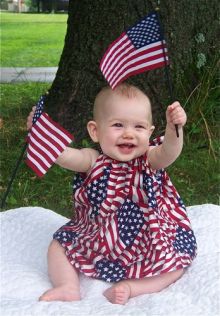 People are struggling on welfare and with homelessness, with mental health, with physical health, with domestic issues, with immigration, with gangs, with unimaginable pain. And keeping the “American” individualistic attitude of “well, we’re not socialists, get a job” or “well, get over it and man up”, are the reasons Trump got elected.

Respect the people around you, and you’ll get respect back. We haven’t been respecting the people around us, not when Native Americans have to fight to stop construction on a land their ancestors have tread on for centuries, not when we shout at people to go back to their home country just because they’re sharing their customs and trying to make a better life for themselves, not when we hide behind the belief that we can own a piece of land, not when we think all homeless people are drug addicts worth nothing, not when we care so much about ourselves that we overlook our neighbor.

If anything, this election has fueled a fire within me. Not one of anger or hatred, but of a stronger love for the people around me. I’ve been waving to my neighbors and asking them how their day has been. I’ve been smiling. I’ve been paranoid as hell, and tired as hell, but I’m sick of focusing so much on myself that I forget about others. That’s also how people elect Trump.

Nothing is stronger than Community. Not even a president.