Afternoon, all. It’s afternoon for me.

I just finished an article over at MyTrendingStories about Black Lives Matter and All Lives Matter and whether any of it matters. Check it out here. Feel free to bash a comment over my head about it.

In other news, this just in:

An article that must have gotten lost in the 1920’s just released new, striking information about recent research into psychoactive medication: it’s not good for long term treatment.

Another article that must have been living under a rock for the last two hundred years has just made headlines with: Locking doors in hospital doesn’t lower suicide rates.

Can we all just give these people a huge round of applause, please. I mean, think about all the brain power it took to come to these realizations, to find this research, and to use common sense to rationalize that people who feel suicidal really just need someone to talk with them.

Thanks to those people for catching up with the rest of the world. There may be hope for us after all.

Especially if we speak out more like the woman who wrote this article “My Depression Is Part of My Slave Ancestry”.

Call it paranoia if you like. Call it delusional, call it what you will, that won’t excuse its existence in one form or another. 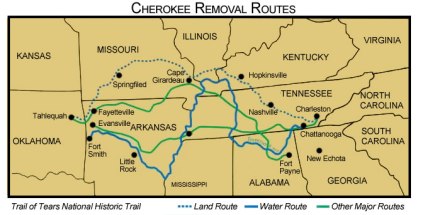 I think about the ancestors I have which were most likely forced along the Trail of Tears. I think about the ancestors I have who were brought over on boats from their homeland in Africa, given different names, bought and sold like property, whipped and hanged, and forced to fight constantly for survival. I constantly wonder how far I could go back into my ancestry until names just stop because 1) they refused to put their name on a census or 2) they were given a different name.

Some people can go on Ancestry.com and trace their history all the way back to England. Or France. Mine will inevitably stop in America. The last name I hold now isn’t even the name of my paternal grandfather.

And I’ve wondered all my life why I felt I had an identity crisis. Some people could call that a “Borderline Personality” symptom: the consistent lack and shifting of identity. I call it a result of my history.

I always feel I’m being watched. Some people call that paranoia. I call that a result of my history: there are many cultures that believe their ancestors watch over them during the after life, and I feel I’m specially, spiritually inclined, I’ve felt that way since I was a child, and I believe I will continue to feel that way.

Sometimes my brain can take all of that too far. I won’t be able to sleep or feel comfortable or get up to step outside of my room because I feel like something on the other side of the door will attack me.

The other side of my family is Polish. Do we really need to go into their fight? I think we’re all very aware of it.

There are many sides to Mental Health besides the characteristics of disorders. It’s something we forget all too often, I feel.