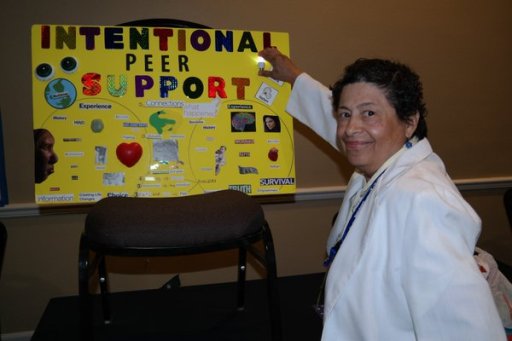 It’s the end of the week at the IPS training and besides being mentally exhausted, I’m slightly conflicted.

Tomorrow I have to do a two to four minute presentation. He said it can be anything, you can just stand in front of the group and talk about what IPS means to you. That’s essentially what I’m doing unless I come up with some kind of fanatical art project. I thought of doing a poem, but let’s be honest here folks, I’m no poet.

That being said, a major thing that resonated with me throughout this week is the idea of looking at what the clinical setting calls “symptoms” as experiences or reactions.

We all know the biological model is not as sound as they say it is. And we all know that biology and neurology cannot be taken out of the equation when talking about mental health; that’s like leaving out the division of cells in the growth of cancer. But do we know how much we rely on the idea of being biologically or genetically sick?

Have you ever been asked that?

Have you ever thought about your “symptoms” in the light of something else?

I’ll give you a personal example and a separate example from a brilliant TED talk I watched a few years back, one the speaker today showed us all.

When I graduated high school. I was the furthest from depressed: I was finally off the medication I was put on, I didn’t have to get held back because I skipped so many classes, I didn’t have to wake up at 4 in the morning anymore to feel comfortable at school, I didn’t have to see those stuck up ostracizing nerds in all my classes. I was going to college and finally got to study psychology, the subject I’d been studying for a few years before college. I was always smiling, and laughing. I got my license and it was a huge accomplishment: my anxiety had really affected my first written test when I was 16. I was driving, staying out at night, having fun for the first time in a long time. 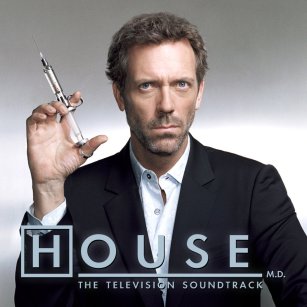 One evening I was watching the show House. Anyone remember that? Anyway: Panic. Utter panic. I thought I was going to die, I felt my heart rate pounding behind my eyes and in my ears and no matter how deep of a breaths I took, it would only grow faster.

I went into the living room where my parents were sitting and asked my mother to take my pulse. I asked her if it was going fast. She shrugged and said “eh, a little”.

Her opinion didn’t effect me. I needed air. I ran outside in torn and stained sweats and a T-shirt and started walking up and down the driveway, pacing, talking to myself. The neighbors were watching for sure. I could feel my head getting light and although I didn’t feel any chest pain (I never do surprisingly) I could feel my throat tightening and I thought it was swelling.

Finally my mother joined me outside and we walked. For an hour.

This happened several times throughout the summer, random attacks hitting me and interrupting my happy moment in life. The average therapist called it “Panic Disorder”. Medication recommendation: Ativan.

This happened for two years. Random attacks. I started getting worried: would one happen if I tried to ride a ride at the amusement park? Would one happen while I was in a store and I’d have to embarrass myself in front of all these people? Would one happen when I’m home alone at night and have no one to talk to about it?

Then I noticed the pattern. I noticed the pattern of my own repression. Not only did I shove down my depression, but my anxiety, my beliefs, my worry, my everything. Every feeling I had I shoved it down: that’s what I did best. I was unaware of how to express feelings besides anger.

When I had a panic attack, that signaled to me I’d stuffed something down. And because I respect my body and my brain, I worked at it. I talked to myself. I extracted the thoughts I kept hidden for years: the anger and resentment I feel towards my parents for forcing me to take care of an alcoholic at 13. The confusion I felt about all the years we spent homeless. Everything. I recognized it and acknowledged it and my brain thanked me.

Within the last year, I’ve had one panic attack and that was because of a sickness. Compared to the two or three I had per week.

The woman in the TED talk: she started hearing voices in college narrating her every day tasks. For example, when she entered a classroom, it said “she’s entering the class”.She spoke to her friend about them and her friend told her to see a psychologist. She went to a college health center and told them about the anxiety and depression she was experiencing. The person was avidly uninterested until she mentioned the voice.

You know the drill: assessment, diagnosis, medication. She was diagnosed with schizophrenia. They told her about the prognosis, about the life-long journey, about the medication. That was around the time her voices turned hostile and her paranoia locked her in her house with a plastic fork as a defense to any invaders. Coincidence?

Years later a psychologist or psychiatrist she was seeing mentioned her voices in a new light and she gradually saw them as an expression of unattended emotions. The trauma she dealt with her in childhood that caused pain and anxiety, her current life which caused pain and anxiety, the feeling of having personal space invaded, the feeling of having people against you. I’m sure we’ve all felt invaded at one point or another in our lives.

She reduced her medication then quit it. The further they worked through the trauma, the further she was supported in her decision and the further she saw her voices as an experience, as a way of them expressing emotion she kept inside of her, the less volatile they came. In fact, they gave her some answers on one of her exams. She asked if that was cheating and I would say yes: I don’t get any help like that, that’s bullshit.

Whether they were right or not is another story I guess.

The point is, she had a psychiatrist who was willing to ask the question “what happened to you?” rather than “what’s wrong with you?”.

This is not to say all mental health issues are a result of trauma. But many of us, I’m sure, can attest to that being an influence to the way we think. 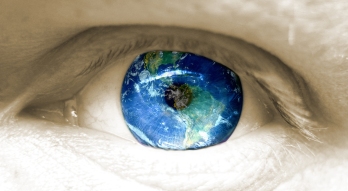 The above questions are questions we cover extensively in IPS training. It’s not always about the label. It’s not about the “disorder”, the thing doctors with no lived experience of mental health issues sat around a table and decided have a of “symptoms”. It’s about how life has shaped your world view. And I think that’s very powerful.

That being said, I feel as if I’m cheating these people. I’m only 20 years old: I’m the youngest of the group by at least ten years. I’ve never had the horror of having to go into a psychiatric hospital. I’ve never lost touch with reality. I’ve never experienced mania on their level. These people I’m surrounded by are the real MVP’s.

I feel as if I don’t deserve to be where they sit. It’s an issues with not feeling “sick” enough, I believe. It’s a feeling we talk about in IPS a lot: It’s a huge struggle when you can only get help in a hospital for suicidal issues if you have a “significant plan” to kill yourself.

I’ve always connected my mental health experiences to my body, to the way I think, and to what has happened to me in my life. I tell them about the schizotypal, the depression, the anxiety, the PTSD,  but I feel because I haven’t lost touch with reality, because I don’t hear voices on a daily basis, because I don’t visually hallucinate on a daily basis, because I haven’t told my plans about suicide to anyone and got thrown in the hospital, because none of it has caused me to act “Crazy” according to system standards, I don’t feel like I . . . I don’t feel like I deserve the job I have.

I’m not quite sure how to deal with these feelings.

I know I will be able to relate to the people I talk to in some way or another, but I feel like they will see me as some young kid who doesn’t know shit.

But is it enough?