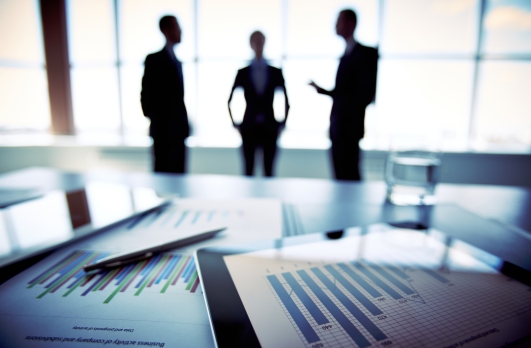 Alright, back to business.

Back to the business of mental health and the importance of protecting yourself when no one else will.

It’s important to know your limits. I’ve reached my limit at this current job; I’ve memorized so much information in such a short time I honestly thought I’d been there for four months already. It’s been about one and a half.

Or I could realize the fact that I lasted as long as I did and memorized hundreds of pages of notes as quickly as I did is a true accomplishment. I could celebrate the fact that my social anxiety isn’t the reason I’m leaving this time. I could realize that if I can handle and learn as much material as I did so quickly, than I can work almost anywhere given I’m able to work more independently at my own pace without people breathing down my fucking neck every five seconds.

Just like it’s important to learn how you learn, it’s also important to know how you operate mentally, particularly if you struggle with your health in that department. For example, through this position I’ve learned I need the mental space to be alone.I’m applying for positions that require I’m mostly independent with limited oral contact with the public. Like a loss prevention associate. You know, those people who stand by the doors of retail stores with their little ear piece and their black suit and they smile and say hi but what they’re really thinking is “don’t stuff a shirt in your purse bitch, I’ll floor you”.

When I tell people what I’ve applied for, I get comments like “that sounds boring”. And I reply with a round of slow claps and hand them a golden medal with their name misspelled on it: that’s the point.

I want boring. Why is that so surprising given my personality? Think about it:

Loss Prevention Associate: Stand and watch people or sit in a security viewing area. Take action when needed. Although your presence is a pretty good deterrent. 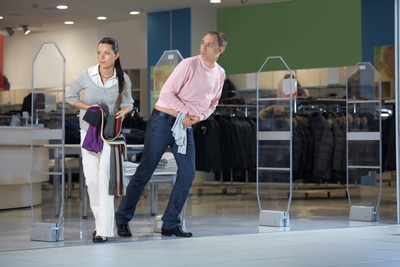 So there is no such thing as “boring” to me. My mind is always running, always creating alternate realities and theories and ideas and stories. A boring job is exactly what I need. Learn what things you will be good at and what things you won’t. The best way to find out is trial and error. I thought people were my problem when in reality I just need to be by myself. 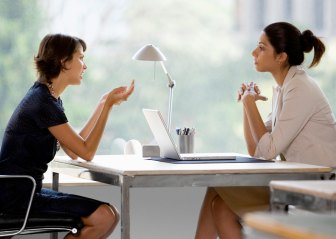 It’s important to inform your bosses about your struggles, if you didn’t on the application already. I cannot stress this enough. I’ve never disclosed my personal issues to strangers before and it was rather liberating to receive such an understanding approach to scheduling me less hours and less days per my request. Now I’ll be leaving, but not because they overwhelmed my anxiety or my depression or paranoia or any of that. It’s because the job doesn’t fit me. And honestly, my anxiety diminished drastically the moment I told the Director about my struggles. If you work in an environment where you have no secrets, you’re able to focus on the work and not hiding behind your mask.

I’m not saying show up to work without a shower and sagging clothes and tired eyes and claim they have to accept you for how you are, whether you have depression or not. Have a little self respect here, people. I’m saying let them know what they can do for you, take charge of yourself and your surroundings, it will do your mental health a world of good.

something you don’t want just to appease your mental health. You and your brain are a team, remember? Even if it feels like he beats you into the floor and you’re left defenseless often, you’re still a team. You feed him just as much as he feeds you. Therefore, you and him will disagree on a lot of things. You have to decide whether or not you’re going to succumb to his wants or whether you’re going to pursue life according to your wants and needs.

I found an interesting article posted on The Mighty today (click here to read) about the controversy behind the phrase “Don’t let an illness define you”. This mother argues that chronic illness does define you–and not in a bad way. It defines how you live and what you have to do to live happily. It’s on your mind from the moment you wake up to the time you go to sleep. And in that context, it does define you. Where people have come off thinking that’s a negative things is beyond me; I agree with much of what this woman has stated.

She’s speaking on behalf of physical illness I believe, but it can go both ways. My anxiety and depression have defined how I live. It’s defined my likes and personality. Is that a bad thing? I don’t think so; I enjoy what I like (no shit) and I enjoy my introverted personality. It’s always been other people who have something against the way I think and the way I want to live. So in reality they’re the ones making my illness or my disorder define me in a negative sense, not the other way around.

That being said, letting your struggling dictate how you live doesn’t mean you’re at the mercy of it. Another position I will be applying for is a Sales Consultant in computing. If you’re just tuning into my site, then you’ve missed the rants I’ve posted on technology. I’m a sucker for it. I own several laptops, desktops, Chromebooks, gaming consoles, phones, sound systems, televisions, and have been saving up for more.

Sales Consultant? With social anxiety? That sounds like a death sentence.

Yes. Yes it does. But if I can handle Cash Control, I can handle telling people what computer to buy. I’m not looking for a position I’m absolutely comfortable with, that’s going to be impossible. I’m looking for a position I feel I can enjoy and be decent at. It’s not as if I’m a cashier having to have a conversation about someone’s day. No, I’m a factual robot repeating the same selling phrases and technological information to the same set of technologically deficient souls.

It’s important to realize your choice in job should play to your strengths and to never short change yourself just because you struggle mentally. I’ve been down that road far too often. Finding a job is kind of like finding a therapist: you need to take control. You need to tell them what you can do and you need to analyze them to see if they fit for you just as much as they’re analyzing you to see if they fit for them.

It’s a give and take.

As for me, I’m almost gunning for that sales consultant position. I’m waiting for the day someone asks me “So . . . how do you turn this tablet on?”

I like those kind of people. They make me feel smart.