Alright you know I have to say my piece on Paris.

I’ve been coming across random posts about it and I’ve just been sitting here waiting, lurking, eager for more information to come out. These things are always touchy subjects, especially in western civilization. It’s sparking a lot of fear (if you didn’t already know, America is known for it’s Culture Of Fear) and a lot of heartache.

I hear a lot of people saying “we’re all in this together, stop the senseless killing.”

I hear a lot of people saying “we have to love each other, you guys.”

I hear a lot of people saying “fucking terrorists”

I hear even more people saying “fucking terrorists are going to come over here!”

And now that it’s been revealed ISIS was behind the attacks, I’m sure I’m going to hear a lot more of “Fucking Islamic terrorists!”

Hmmm. Let me take a moment before I open my big ass mouth.

ISIS is obviously a radical group. They obviously have an affinity for decapitation and mutilation and violence. There is no question about that.

And so do we. There is no question about that.

France vowed to get their revenge according to an article that was released two hours ago. They declared it an “act of war”.

Lets get one thing fucking straight here. This isn’t anything new. It shouldn’t be shocking. When you’re over in the middle east shooting down families, burning huts, blatantly disrespecting their religious choices, you think that’s not an act of war? You think it’s alright for all these armies to storm in there claiming they fight for “Freedom” (whatever the fuck that means) when really they only provide weapons and aide to the allied countries that supply them with oil? You think those haven’t been acts of war?

These attacks are not random. This is a cauldron of bullshit that has been bubbling for years and ISIS just happens to be one of the radical groups with enough power and craziness to act. So yes, you should be scared; there’s now a group with enough power to play your little game back at you.

You ever notice in all the wars in Iraq and Afghanistan and such, we never got the true numbers of how many of their people died. We got the number of our soldiers. We were taught to grieve for our soldiers (and rightfully) but we don’t hear about the families torn to shreds, the children living in fear, the parents struggling to walk outside of their house to get food in fear of getting caught in the crossfire between radical groups and western troops.

And let’s also consider why the fuck groups like this even form. Yes, many have a religious agenda. Many hate their government (and have reason to). Others are like the Guerrilla’s in “When The Mountains Tremble”; they’re fighting because people are fighting them.

Let’s flip this around. Say America has some nice resources the rest of the world depended on. Let’s say we had civil unrest and our government was struggling and Europe wasn’t willing to save our ass and let’s say there were several groups formed throughout the country fighting for power. Would you agree to have ISIS over here and force their will and their agenda upon us with their guns and their tanks and their soldiers so they can secure their cash crop on our land?

My point? Mind your own fucking business.

I don’t care how much oil you loose. I’ll drive a Fred Flintstones car, I don’t give a fuck. 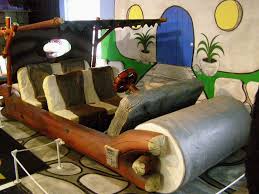 ISIS is a result of all this past bullshit. Yes, they’re militant and yes they’re religion based and they’re obviously ruthless, but they came from countries torn apart by unrest and foreign armies and induced poverty and government corruption. They started with radical demands for their own country, not anyone else’s. This attack wasn’t random, and the following attacks won’t be random. This is unrest that’s been bubbling for years and years and now it’s spilling over the rim.

That much hate doesn’t develop out of thin air. If the entirety of ISIS are enraged sociopaths than I’ll bite my tongue, but I don’t think that’s the case.

War is never about peace or freedom; war is about money, it’s about divided beliefs, and it’s about allied countries.

What the fuck does that have to do with peace, religion, freedom, or any of that bullshit?

Okay, Okay, if I haven’t convinced you, consider this: How could something as gruesome as war blossom into something as pure as peace? It doesn’t. No one’s been fighting for freedom or justice. ISIS hasn’t, America hasn’t; the last justifiable war was World War 2 and I will forever stand my ground on that.

Anyone feel a World War 3 approaching? The best thing we can hope for is that everyone will be so busy taking selfies with their guns to show how badass they are hardly anyone will get killed.

Why don’t we grieve both for Paris and for the countries ISIS has bombarded? For all the families that have been torn apart by governmental and military industrial complexes? And grieve for ISIS; they’re lost people. They grew up in war and the only thing to cling to in the midst of horror is faith, religion, God–everything else gets blown to hell. They’re fighting for what they believe in because they’ve had nothing else to believe in. That’s not giving them an excuse to murder. It’s proving to you there is humanity amidst tragedy and pain and delusion.

If you truly believe in worldly unity, in Truth, in love, than you’ll be like the mother who hugs her child’s killer in an act of acknowledgement, in an act of selflessness and realization that hurt occurred in their life as well.

You’ll be the one who understands the difference between compassion for these people and justification of their actions.

We’ve been structured to have emotions only for ourselves, only for our great country and our great values. We aren’t taught to explore the possibilities of other’s hurt. We’re taught to see that what ISIS did was wrong but not to understand that it wasn’t unprovoked.

It’s good to live in the present; it’s atrocious to live without acknowledgement for the past and that’s what we’ve been doing. I’ll say it once more; groups like this don’t pop out of the ground.

I’ll also say this once more: ISIS has no justifiable reason for their murders. Rarely is there any justifiable reason for murder. What they did was disgusting, it’s horrendous, it’s soul crushing. As is every other bombing, shooting, and act of war across the span of the globe. This is nothing new and it’s nothing shocking. Stop acting like it.

Acknowledge what you’ve done, learn from where you’ve been, and apply it to the present. Once government/military agents, radicals, and religious sects come to this sort of consensus, once we all realize our world is only as humane as our strongest opposition to humanity, maybe then we can claim ourselves progressive and civilized.

Until then, I’d get used to considering yourself primitive.

P.S: I think everyone would do well to educate themselves about actual Islamic practices. ISIS should do this more than anyone.

P.S.S: America will have it’s time. We’re not invincible and neither is Europe. I’d suggest they all examine this truth a little more closely.