After sleeping 11 hours I must say I’m decently refreshed. I think.

It’s unfortunate I woke up as the sun was going down so now I have all this energy and nothing to do.

I often get bored with cleaning because I feel like I have much more important things to do, like mess around with Photoshop until l learn what all the buttons do. Or mess around with Lightroom and laugh my ass off when I make one of the pictures I took look like a Linkin Park Album. specifically this one: 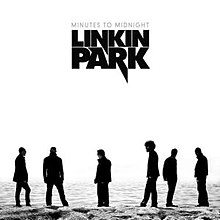 I didn’t save the changes I made to my photograph or else I’d show you all so you could laugh as equally hard with me.

Or maybe I’ll be the only one laughing. That’s usually the case. At least now I know how they made the album cover.

Anyway, let’s talk about people. People anger me. Specifically the people that somehow manage to do everything right and get jobs and keep up with school and live on their own and be so perfect that perfection itself hides underneath the shadow of a rock because it’s ashamed.

It’s like the fact that my father doesn’t consider me an adult because I don’t live on my own yet. Because, you know, he was kicked out at fifteen and had to work and go to school for himself so obviously I should feel bad about myself for having to stay here so long. Whatever. He has his own past issues he needs to work out.

I get to the point where when I ask “Oh how have you been?” or “do you have tomorrow free?” or something to someone and they say “I’m working” or “I’ve had to work and I’m tired”, I literally feel they’re saying it just to spite me. Just as a way to rub it in my face like “I’m better than you; I can handle life and you can’t”.

Obviously I’ve realized over these last few years that I’m probably overreacting yet again. It’s hard distinguishing what’s real and what’s fantasy when it comes to deal with people for me. I’m convinced everyone is a fake and everything they say to me is fake, probably because it’s hard for me not to be fake in terms of how I’m actually feeling.

Despite being socially anxious, I’ve always wanted a spotlight on me. I want to be the one with all the right answers and all the praise and all the little traits that would make me seem perfect because then I’d have a right to be as arrogant as I am. When other people surpass me I get pissed off. If someone else gets recognized for their paper in class, I think I haven’t done good enough and I think that those people are being so good just to spite me. I feel like I need to be better than them.

Which is ridiculous rationally because there’s always going to be someone faster or smarter than you. Everyone has strengths and you’re not always the strongest at those strengths. I’m not completely delusional over here.

It’s difficult admitting that I need to take things slower than other people for my own mental health. And I have a feeling I’m going to see quite a few people soar above me career wise, school wise, independent wise over the next few years. I think I’ll be stuck in town at least another year. As it is, I’m not ready to transfer to a full university and live in a dorm and work and keep up in my studies–I have to sleep eleven hours a day just to keep my strength up. I don’t think that’s going to jive with stuck up private school professors or any underpaid, overworked managers.

On the brighter side, I found an awesome freshwater swimming hole a few miles away from where I live and if it wasn’t winter right now, I’d be up there splashing around like a five year old who just snuck three cookies even though their parents only said they could have half of one. They do let you know to expect the occasional nude sunbather. I thank them for the warning. If it wasn’t illegal to do it, I’d be all over that too. But the last thing I want is some park ranger coming around saying hey put your damn clothes on.

So instead of going there, I went to a field to try and snap some more close up shots of some leaves. I have a thing about leaves and branches and stuff like that. Anyway, the sun was going down, the light was beautiful, people’s dogs were running around in the cow grazing area and I was happy catching all the purples and reds in the blackberry bushes and poison oak bushes. But there were a lot of people around and I hate being watched taking photos. I hate being watched doing anything. So I figured I’d go deep into the brush and hopefully not get caught by a Hobo poppin’ a squat.

As I headed deeper into the trees a siren passed. On my right, just a few feet away, came the howls that put some pep in my step. A damn pack of coyotes. At least five or six. They howled and howled and howled and the more they howled the faster I walked. They were right in my ear, I swear they were. I know all the Native American stories talk about Old Coyote being part of creation but fuck that right now, they about to rip my arm off and gnaw on it for dinner.

You know that moment when you’re on a stage and someone from the crowd throws an egg at your face and it cracks all in your eyes and you’re standing there with yolk dripping into the corner of your mouth so you stare above the crowd with a very firm monotony across your face and drop the mic and head off stage?

Describe your own fucking product.