As you can guess, I should be working on my essay right now, and I will–I finished the introductory paragraph last night. That’s . . . that’s a start, right?

Professors don’t understand: when you have the tendency to wake up and not know how you’re going to feel or what you’re willing to tolerate for the day, it’s hard to complete assignments. That’s what drove me over a cliff this semester. It’s been bubbling up for a while and I got tired of suppressing this madness, so instead I’m riding it like a wave and although I regret dropping those classes (only because I have to retake them, fuck), I don’t regret taking time for myself. It’s better to do it now at this college than to transfer to a university and do it there. That’s what junior colleges are for. I can handle paying back $1500, I cannot handle paying back $30,000.

I keep reminding myself that my goal is not tarnished just because I’m taking it a little slow. Medical school isn’t going to deny my entry because I didn’t apply a year sooner. They might deny me when I give these answers on the MCAT: I’ve got so much time to myself now. When I’m not curled in the ball on the floor or obsessing over death, or freaked out about the fact that job people could call me at any moment and I’ll have to improvise on the spot without sounding like a complete moron, I let my mind wander to other things.

I have a loud mouth, I know I do. Yes, I’m socially anxious, but hey piss me off enough and you better pull out your titanium sword and slap on your iron armor and silver cup, because shit will go down.

But other people . . . the people who’s loud mouth they use to get attention, kind of like Trump and Carson or the Westboro Baptist Church. I can’t fathom being that obsessed with myself.

What it boils down to is lets see 1) how much attention I can bring to myself, 2) how far I can go before I crash and burn 3) how convincing my lies can get. It’s not as if these people aren’t aware of how ridiculous they sound. It’s not as if Trump doesn’t know deporting 11 million “immigrants” in one swoop is physically impossible, it’s not as if Carson doesn’t know being Gay isn’t a choice (I also 100% doubt his Christian faith; he’s a pathological liar and he’s not good at it), it’s not as if politicians don’t know controversy brings supporters. If they can back up their lies in the name of good old fashion “American Values”, they’re going to gain supporters regardless of whether or not their words are truthful.

That’s why I’ve said make mental health controversial. Screw trying to “reduce stigma” with little selfies of your medication, what’s that going to do? Seriously, be honest. What’s it going to do? I don’t even remember the people’s faces I saw who did those selfies. They made an impact on social media for the duration of a blink, or the length of a “snap-chat”.

I’m sick of labeling people who slap stereotypes on us (Amazon, Target, whatever; your family, your friends, whoever,) as people who are “misinformed” and watching people with mental disorders combat their ignorance with “look at me, I’m just as normal as you, #selfie #facebook #twitter #stopstigma #mentalhealthmatters” or whatever.

Sure, they could use some education, and I’m all for education them on the subject of mental health. However, these jokes and sayings by these companies (especially) are deliberate. The idea to put “Dorthea Dix Psych Ward” on a Halloween costume didn’t fall out of the sky. Media perpetuating the idea that mental disorders are the prime reason behind mass shootings/stabbings did not plummet from a cloud into a reporter’s hands. It’s misinformation but it’s also blatant disrespect and I don’t know about you, but I get pretty angry when I’m disrespected.

I’m not a huge fan of “an eye for an eye”. However, if you’re so disrespectful that you blind yourself to how disrespectful you actually are, I might need to take an eye for you to get it.

So let’s start a controversy. 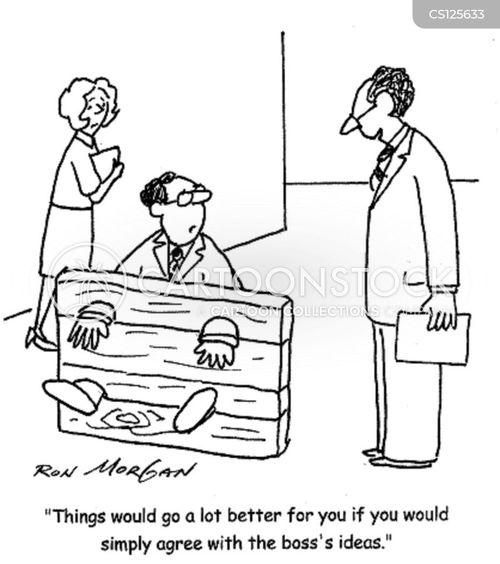 Since we’re dealing with adults who act like children, we have the right to get in their face, point a million fingers at them and call them disrespectful, reveal their lack of common sense, and back up our argument with facts and information.

In my eyes, the idea of “rude” goes out the window when the truth is involved.

I’m pretty sure I’ve said things in posts that people go “what the fuck, that’s messed up” in their head while they’re reading and that’s alright with me, everyone is entitled to their opinion.

So with that, I have a confession to make:

Okay . . . a lot power-hungry. In my mind, I prefer to be the authoritarian than the worker.

I can get pretty arrogant and I’ll manipulate whoever’s in my way of getting something I want. If I didn’t have social anxiety, I’d probably be one of those people jumping around from town to town with different aliases robbing people blind because they’re too stupid to notice what I’m doing. I’d recreate my own meaning of respect and immerse myself in the idea that “human rights” are socially constructed for the control of masses rather than “natural” or “innate”.

Alas, I’m too scared of people to make an attempt at acting on that level of confidence. And alas, I’ve been cursed with a pretty loud moral compass and I’m fully aware that treating people with that level of disrespect does not promote harmony.

That doesn’t stop the urges.

When you grow up in a house where you’re rarely respected, it becomes a bit of a habit to want to assert yourself in other situations.

And that’s where writing comes in handy. All those people who write into “Ask A Therapist” about their urges to kill people should start writing fiction or something. Put all that unnecessary rage onto the shoulders of a character before you stab that poor jogging chick.

I don’t have urges to kill people. I think . . . I think that should be noted here.

Perhaps these companies should also put their stereotypical designs into characters, into a personal journal, something that can carry the burden of their stupidity so we don’t have to.

Okay, I need to finish this essay. If I was jumping around from town to town with different aliases I wouldn’t need to be writing a fucking essay right now, would I? Shit man, that life just keeps looking better and better.