Warning: Controversy ahead. Not for the easily offended.

Nyquil, Don’t sue me for that title. I’ll key your car.

Anywhoooo . . . Nights for me are lonely.

I’ll take you through my process last night.

I often revert into bad habits of thinking–I’m worthless, I’ll never be “normal”, I’ll never get where I want to be, I can’t handle this, or life, or living, and I’ll never be able to. I think because my texts aren’t answered instantaneously, I’m not cared about. I feel guilty for being so emotionally needy and I feel guilty for ignoring the fact that people have their own lives and can’t dedicate 100% of their time to me. I feel even worse that I don’t have my own life–and that I wouldn’t know how to if I did. I don’t feel independent; going outside by myself is one of the hardest things for me to do. I get frustrated that I can’t feel safe–it’s not like I live in the Bronx with meth addicts–and I get frustrated knowing that this is the feeling I’ve been fighting all my life without ever having known it. I’m hurt my potential is being squashed by these habits. It’s costing me a lot of money, a lot of time, and whenever I take a leap forward and feel so good about myself, so hopeful, so thankful, I dive off the edge of a cliff into an abyss and fall just as quickly backwards fifty steps. 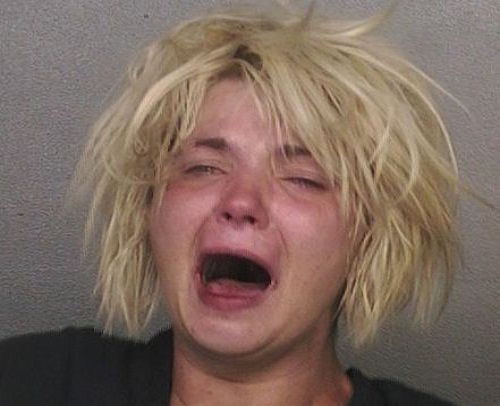 So what to do in this situation? Do I curl on the edge of my bed and whine and cry and scream in my pillow? Eh, sometimes. But I hate being uncomfortable and those thoughts are very uncomfortable for me. So I look for ways to distract myself.

Books are always my first go-to distraction. My professor let me borrow one by the title of “Black Indians: A Hidden Heritage”, of which I technically am, and some of the first passages I read in that book soothed my soul. Obviously I was never connected to any of my culture as a child and there were no others like me around. As the book states very blatantly, I was around people at school and in public, e.t.c. who couldn’t appreciate my background because they knew nothing about it. I was cast aside before I ever knew what an outcast was. I learned in school my ancestors were either torn apart by white invaders or put in chains as submissive slaves. Do you understand what that does to a child? It’s funny, they don’t teach about all the rebellions the Indians and the Africans caused, they don’t teach about their successes against their oppressors, and they don’t talk about the alliances formed by Africans and Indians and the peacefulness between them. Instead they teach of cultural genocide to continue cultural genocide.

For that, I raise a middle finger to the American education system. You’re pathetic. Go back to Europe and take your bullshit “democracy” with you.

Fuck Thanksgiving and fuck your Congress.

You don’t need one day to give thanks. Be Thankful everyday. Thanksgiving is a cop out.

Sure, you learned Fredrick Douglass was a runaway slave, but did you also know he was white, black, and American Indian?

If you took an accelerated history course, it was at least mentioned once that the Emancipation Proclamation had nothing to do with ending slavery–that was a “coincidental perk”, if you like. But you only spoke about it for thirty seconds.

All we ever learn about are western philosophies of government, too. You ever notice that?

You notice that you probably didn’t think about all the negativity in your life while reading that small paragraph?

Seriously, read a book, it helps.

But when my eyes get tired and I’m stuck in my own mind again, I start thinking. And last night I started thinking about all of you lovely people on WordPress, all of the lovely people who are addicted to social media and psychforums and such, and mostly about all of those in the aforementioned categories who struggle with their mental health. I got to thinking of all the posts I lurk around on and how I’ve read so many people who call themselves “sick”. They call their brain “sick”. They call themselves “ill” and they do it in a way that emits either a sense of pride for acknowledging it or a sense of learned helplessness.

I’m confused. Why do you all call yourself sick? I’m so very confused.

I’ve struggled with my mental health all my life, it’s never not caused me problems. If you’ve followed me for a while, you know I have depression, you know I have my ups and downs, you know I have anxiety and anger outbursts and self-harm issues. But I’ve only once called myself sick and that was after I realized I had an actual diagnosis. This was around sixteen, seventeen. Then I thought about it and I laughed at myself and said “that’s the most ignorant name you’ve ever called yourself”.

I didn’t come to a conclusion on my own that I was “sick”. Someone told me I was. So I ask you, genuinely, who called you sick?

Despite what you think, you didn’t do it.

A sickness is foreign. What you deal with in your mind is not foreign, it’s intertwined in you. You are the one who has to cope and struggle, and you’re the one who lives with it for most of your life. That’s not a sickness, that’s just a fact. It’s just you. And if you have a problem with that, then you have a problem with yourself and I’ll tell you right now, that’s not a pretty path to go down.

Calling yourself sick or ill is the equivalent of a special education child calling themselves retarded.

Don’t blame your struggles for your thought pattern or your actions. You have the ability to see yourself in a different light. Obviously if you’re in the middle of psychosis you’re not going to be able to stand up and say “wow, I should probably stop”, but there are some interesting people coming up with interesting therapies to combat symptoms of psychosis or of Bipolar or anything where a loss of all control is imminent. Soon we’ll see the real benefit of treating people like the humans they are.

This is the largest danger of diagnosis. How different would you see yourself if your psychologist/psychiatrist told you that you weren’t sick? If you went in to their office broken and instead of saying “yes, you’re broken, take fifty milligrams of ‘Killemal’, twenty grams of ‘Deludamol’, and come see me in another week” they said “you’re not ill, but you do have some struggles you want to overcome. This medication can help, this therapy can help, yada, yada, see me in another week”.

Take it or leave it.