Now that the business of Plagiarism (Please skim the link if you haven’t) is out of the way: on to a real post.

It would be easier to think if the dudes outside weren’t sawing marble counter-tops in half. I like when neighbors move out because it always gets a little quieter . . . until the cleaning crew gets here and starts cleaning carpets with a fucking dinosaur and chopping down walls and putting in all new counters. I guess you have to make these apartments look nice if you’re going to charge new tenants five hundred dollars more than you charge the rest of your current tenants. I’d tell the newcomers of the scheme if I wasn’t so afraid my mom’s rent would then also get raised five hundred more dollars.

Money is fun. Money is nice. Money buys me things. Money keeps my stomach full. But that’s about all it’s good for. I don’t understand how people give up their life, their humanity, for it. It’s pure insanity.

I heard they’re starting to develop ketamine and glutamate antidepressants. I’m curious about these. They’ll probably undergo a five week trial, a quick overview from the FDA and be on the shelves of your doctor’s mind within the next year or so without any accurate explanation of side-effects or efficacy but at least they’re not SSRI’s or SNRI’s.

I don’t understand why people underestimate talk therapy, especially people who try talk therapy for three months and sit on their couch like . . . ugg, why isn’t this shit working? Well, it’s only been three months. Have you only been depressed for three months? Most likely not. Your brain is very similar to a muscle: the only way it gets stronger is if you work it. All the time you spend telling yourself therapy isn’t working could be spent using the tools your therapist gives you to deal with your pain.

Your medication isn’t going to not make you think negatively. It’s not magic. It’s more like sometimes helpful dogshit presented to you on a silver platter with empty promises.

I know when I was on antidepressants I didn’t have the brain power to think as much–that kind of helped. It was like a cloudy fuzz over all my problems. Like putting a band-aid on a broken leg.

If there’s one thing I love doing, it’s reading articles where a bunch of dudes who think they’re smart get together, conduct a study, and then blurt out an answer a fucking deaf, mute, mentally and physically challenged two year old who had to get a hemispherectomy because of seizures could have told you. For example, talk therapy has been found to ease schizophrenia. 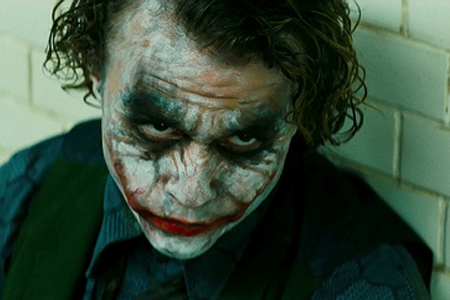 There should be no arguing that anti-psychotics are one of the most dangerous classes of drugs we shove down people’s throats these days. They’re meant for temporary use. They put you at high risk for heart disease and can prompt irregular heart beat and other cardiac problems that become permanent. They can damage your liver. They can cause Parkinsonian syndrome type tremors or leave you with Tardive Dyskinesia. There’s a bunch of side effects that basically fuck you over in the long run.

So why not find a way to lower the dosage, treat the people who have to take them like humans, and watch the magic happen?

Just use some common sense. I know some people’s symptoms completely disappear with medication use which is . . . fantastic . . . but most everyone else still deals with disabling symptoms day to day. They need someone (like a psychologist or decent psychiatrist) to support them because there’s so many people willing not to support them. You can’t always talk someone out of a delusion but you can listen, you can be attentive, you can let them know that if everyone else is gone you’re there and that you don’t judge them.

And you can stop giving them to kids diagnosed with ADHD. How stupid are you? They’re not approved for ADHD or children for that matter. The fact that “aggressive youngsters” are receiving a drug like Haloperidol makes me want to flip on a bitch like Sharkeisha. Just straight up punch-slap their cheek, knock ’em on the ground, and kick their fat nose in. It’s child abuse on an institutional scale.

If you think I’m not going to address people and institutions like this when I have my M.D than you are very mistaken. I’m going to ask people if they’re stupid because I’m genuinely curious. We’re all humans here, stop acting like some arrogant set of “professional” smart people. Be human and knowledgeable. People will take you more seriously. If you can’t do that, pretend. If you can’t do that, then burn your M.D and fuck off.

Our mental health system is broken in this country, that’s what it boils down to ya’ll. We’re backwards. I’m probably slightly grandiose in my thoughts when it comes to wanting to knock down these companies to size, but I don’t care. What did Steve Jobs say?

Here’s to the crazy ones, the misfits, the rebels, the troublemakers, the round pegs in the square holes… the ones who see things differently — they’re not fond of rules… You can quote them, disagree with them, glorify or vilify them, but the only thing you can’t do is ignore them because they change things… they push the human race forward, and while some may see them as the crazy ones, we see genius, because the ones who are crazy enough to think that they can change the world, are the ones who do.

Once again, huge Steve Jobs fan. Adamant Apple boy-cotter. Go ahead, spend your life savings on an Ipad. I’ll pick up four Toshiba Handi-Books for the same price and still have enough left over to get a video game. Well . . . a used video game. Do ya’ll really pay $60 for a new game? Fuck that shit. If you still have a PS3 because you’re like me and don’t have the money for a PS4 (or if you use Xbox which . . . you’re even lucky I’m mentioning) just go to JJgames. When The Last Of Us came out, I got it for $14. Sure they’re used games but they work just fine. They’re starting to put in ps4 games, too. I think I saw Destiny on there once. They also ship internationally. Shipping is free if you’re in the U.S.

I’m waiting for the day I walk into the headquarters for some of the pharmaceutical companies, yank the C.E.O and chief Marketer from their seats, and pull their hair until they cry like an infant and screech “Mercy!” Then I’ll give them a nice little dose of Thorazine so they can’t throw an aggressive tantrum as I drag them out into the snow. I’ll howl to my wolf bitches (I own wolves now). Wolf Bitches love C.E.O sandwiches.

For now, I’ll just leave you (and the C.E.O’s) with a few comforting quotes from a suicide note left by Israel Keyes, Serial Killer:

Where will you go, you clever little worm, if you bleed your host dry?

You may have been free, you loved living your lie, fate had its own scheme crushed like a bug; you still die.

Soon, now, you’ll join those ranks of dead or your ashes the wind will soon blow. Family and friends will shed a few tears, pretend it’s off to heaven you go. But the reality is you were just bones and meat, and with your brain died also your soul.

Get in your big car, so you can get to work fast, on roads made of dinosaur bones. Punch in on the clock and sit on your ass, playing stupid ass games on your phone. Paper on your wall, says you got smarts. The test that you took told you so, but you would still crawl like the vermin you are, once your precious power grids blown.

Send the dying to wait for their death in the comfort of retirement homes, quietly/quickly say “it’s for the best” it’s best for you so their fate you’ll not know. Turn a blind eye back to the screen, soak in your reality shows. Stand in front of your mirror and you preen, in a plastic castle you call home.

Land of the free, land of the lie, land of scheme: Americanize! Consume what you don’t need, stars you idolize, pursue what you admit is a dream . . .

Okay, talk is over, words are placid and weak. Back it with action or it all comes off cheap. Watch close while I work now, feel the electric shock of my touch, open your trembling flower, or your petals I’ll crush.“