Apparently I’m a weird eater. I had two pieces of pepperoni pizza with a fruit tart with custard in it. I eat them simultaneously: You know, I tear off a piece of the pizza and cut a piece of tart and put them in my mouth at the same time. I thought everyone ate like that. I thought everyone proportioned their food too: you know, if you’re eating macaroni and broccoli and . . . I don’t know,  burger, you eat a bite of macaroni, a bite of broccoli, and a bite of burger until you finish all three components at the same time. Apparently people don’t do that either.

On a completely unrelated note, I don’t know how I feel about MTV promoting mental health advocacy. Don’t get me wrong, we need the recognition . . . but is it the right kind of recognition? I don’t have cable, so I don’t know if they’ve been doing specials or something, but I read a “personal story” of a girl with “extreme social anxiety disorder”. It was sponsored by MTV or some shit. Something. Dude, I don’t know, I don’t pay attention to anything half the time. Whatever.

Anyway, do we really need some multi-billion dollar industry taking a few minutes out of their day to talk about tolerance and respect and dignity? They don’t give a shit, they’re just doing it because they have to. It makes them look good. What about the rest of the year? Do they ever mention it? Like I said, I don’t have cable, so maybe they do and I just don’t know about it. But I’ve only not had cable for a year; MTV couldn’t have changed that much, could it have?

I miss HeadBangers ball and Celebrity DeathMatch and TRL . . . I could tolerate those shows. I even enjoyed the VMA’s up until about 2006. Shit man, that network just rolls around in its own feces now. There’s no music. And when there is, it’s . . . Drake and Minaj and Taylor Swift.

Those of us fighting with our mental health don’t get a week to say “oh, wow, no mental disorder today, fucking awesome man, I’m going to go eat some ice cream and pet some donkeys!”

No, we deal with it every day on a consistent basis and although I love that people are kind of starting to talk more about mental health, I hate that it’s this “one shot” bullshit. There’s nothing wrong with advocating mental health everyday. Doing it for a week (when most people don’t even know what the hell you’re talking about) is like . . . a Vine video. It happens for about seven seconds and then it’s gone and an hour later you don’t remember what just happened.

I went through my Vine addiction phase. When my cable first got cut off I started watching two hour long YouTube videos of just Vines. Talk about some mind numbing shit. By the time I pulled my eyes away from my phone screen I couldn’t tell my foot from my ass. Then I’d pass out, wake up, and watch Vines as I got ready for class. When I had breaks, I went to my car, huddled in my hermit shell, and watched some more Vines. I mean it was bad. They need a Vineadone clinic for Vine addiction because that was one of the hardest things to stop.

The point is, a week is not enough. A day is not enough. We need people to get serious about this topic, we don’t need some annual one-hit-wonder Mc Hammer Vanilla Ice bullshit.

And what about the stories they’re sharing? Are they ones that paint a picture of: 1) Person has problem 2) Person suffers with problem 3) person finally gets diagnosed 4) person takes medication 5) person is better 6) person advocates mental health and that’s it?

Which, I mean . . .it’s MTV . . .birthplace of Jersey Shore . . . you’re not going to get much reality working with these Giraffe necked, bird-brained monkeys.

My story is much different than this girls.

For example, when I entered high school, my worst fears had nothing to do with being a girl who still hadn’t ever had her first kiss or first relationship. Well, I had had my first kiss a year before but I mean, you’re a KID, that shit doesn’t count, not at 13. Having severe social anxiety, my worry had nothing to do with superficial bullshit like that. I couldn’t even speak with people lest they spoke with me, let alone calling my mother to come get me because some boy tried kissing me or whatever she says in her story.

I’m not trying to sound like I’m ragging on her, we all have our own stories, but . . . I just don’t understand people who focus on that kind of stuff. That’s not social anxiety . . . that’s a product of your environment. If you’re that worried about relationships that young–come on, now. Too much MTV.

I self-harm and often get suicidal just like that girl, I have been since I was 12, and I’ve never been hospitalized. Because I don’t tell people. And people don’t ever see it, because I hide everything. I’m a hermit. I’m in my little shell. When I’m depressed I lay in bed and I don’t talk to people. Because if I talk, I might say the wrong thing. I don’t scream in a fit “I’m going to kill myself!”. If I was going to kill myself, I’d just do it. Which is why I often contact chat support. It’s obvious she wanted help since she had the courage . . . or carelessness . .  to let her parents see what she was going through.

No offense to this girl, but I haven’t heard one thing that indicates social anxiety. Perhaps the beginning of her story when she was talking about standing out on the street while her sister went and knocked on the neighbors door to see if they wanted to buy some girl-scout cookies. 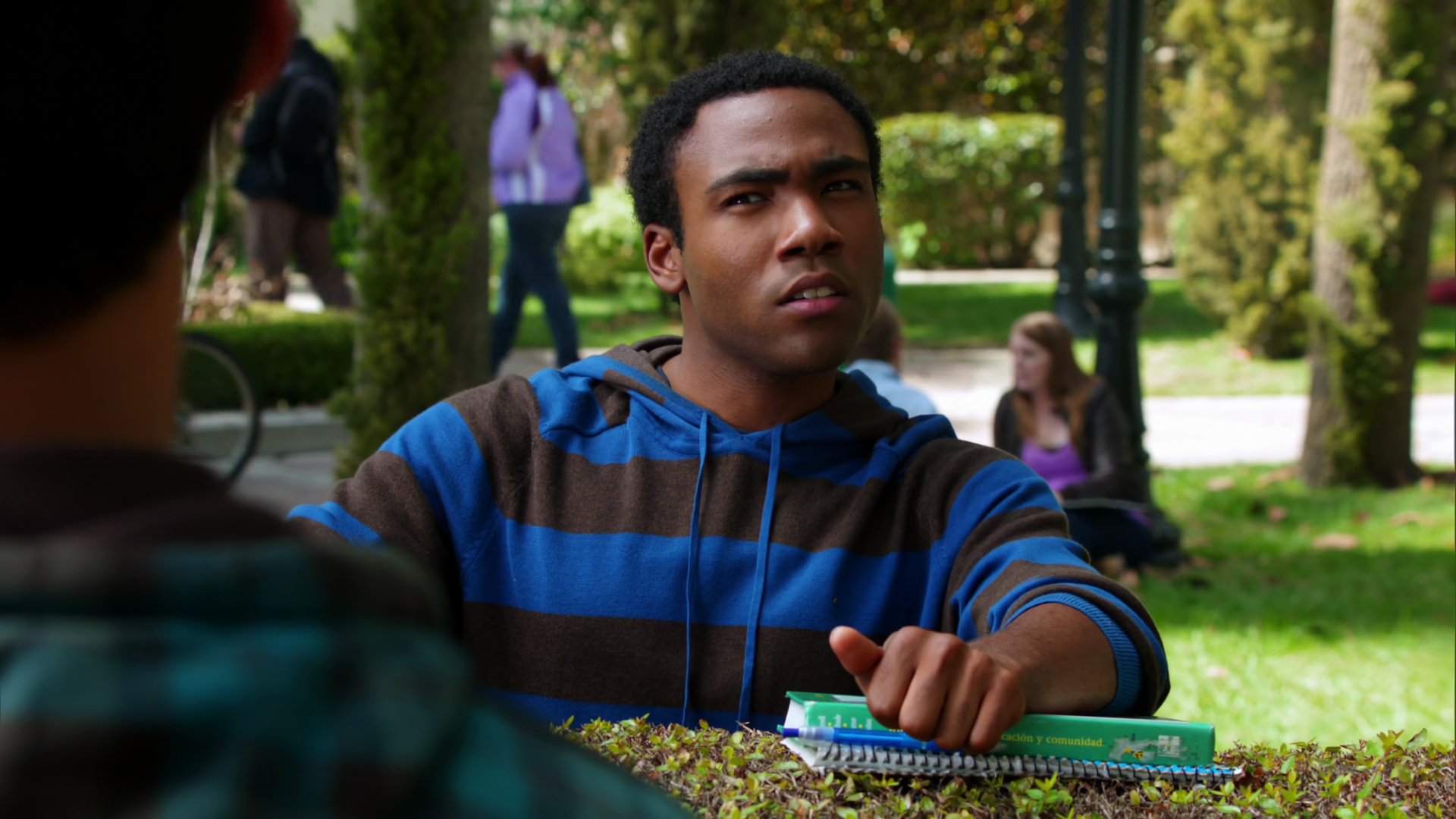 But the fact that she had relationships, that she talked to people . . . well, just kind of hard to believe it’s severe social anxiety.

People bullied her. That could contribute to depression and anxiety. The fact that people cyber-bullied her online to the point where she tried to commit suicide . . . also depression. Don’t see how medication helps people stop bullying you.

That is no Endogenous depression. I’d be depressed too if people were telling me to kill myself because I was worthless, especially if I was fourteen, already prone to anxiety, and freaking out about the hormone fueled zits popping up on my face.

I mean, when I was in middle school cutting yourself was something you did to be in the “in” crowd. I’m not kidding. I was eleven when I first cut myself because my friends were doing it. Then when I actually started getting really depressed, I started doing it because, well, it took my mind off things for a while. Gave me something to focus on. When I got older I resorted to punching shit, kicking shit, or burning myself.

She says she wants to be a spokesperson for those who are like her. I would love for her to speak out about her issues. However, I would like her not to use “Severe social anxiety” as her diagnosis.

I haven’t yet met one person with social anxiety whose social anxiety is better after medication. What it does do is make you feel a little calmer. Might make you a little numb so that depression doesn’t tug at you as bad. That’s not changing your mindset. And when you’re dealing with anxiety and depression, mindset is key.

I know, I talk a lot of shit about medication, but only because it’s being misused. Save antidepressants for someone whose life is going perfect and still can’t find themselves to get happy. Save anti-anxiety medications for people who can’t lay on their bed at night without worrying the springs in the mattress are going to pierce their heart while sleeping. Leave the Anti-psychotics and Mood Stabilizers for people who suffer from full blown Mania and people who disconnect with reality so often they also don’t know their foot from their ass.

Don’t teach young people that they should get on medication because they have a diagnosis. Teach young people their “mental disorder” (more like, ‘rough patch in their life’ and mild anxiety) is nothing to be ashamed of, it’s nothing they should consider ” a flaw”. It’s something to work on, it’s a part of them they need to accept and they need to put some effort into improving.

Now, if your teenager is staying up all night for a few weeks, making noises like a monkey, and threatening to murder you in your sleep . . . maybe think about some medication. Or . . . padlocks on your door.

Or let MTV hire them. I’m sure they’d fit right in.