You might say you don’t care about politics, you might even avoid watching specific news channels because of it, but if you’re in the U.S, there’s a problem with that: we’re supposed to be a democracy. Now, if you’ve taken a moment to observe even the slightest bit of our government you’d see we’re more of a Corporate Capitalist society, with some um . . . disgraceful attempts at socialism.

But, because we still insist on calling ourselves democratic, ignoring politics means you’re not getting a say in a government that is supposed to be run by you. After all, “One of the penalties for refusing to participate in politics is that you end up being governed by your inferiors” as mah boy Plato says. It’s no wonder they get away with so much bullshit; hardly anyone opposes them. The only people investing time into politics are the people who are either extremely left or extremely right. There are some obscure middle ground people and third party people, but let’s be honest, how much influence do they have? As I’ve said before, we’re a very individualistic society. Sociology does a pretty good job of explaining why that world view is so primitive and selfish. You can tell little Bobby he can be whatever he wants and he can, but I’ll tell you there’s going to be a big difference if little Bobby is white and grew up in a house in the suburbs versus if little Bobby was black and grew up in the inner city. We don’t talk about the fact that red lining black neighborhoods in the thirties, forties, and fifties and having real estate representatives sneaking up to white people’s houses and telling them “come live in the suburbs, there’s less crime because it’s less . . . ethnic” still has an influence on how races are perceived and how far someone of color can go in today’s society in the United States. Don’t believe me? Look it up. Suburbs were created as a white haven.

So what do politics have to do with mental illness? 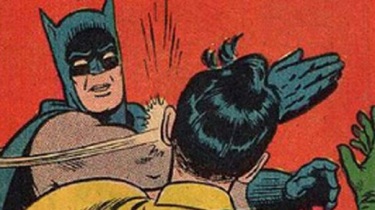 But beyond the corruption within the system that you all know I could spend days upon days talking shit about, there’s another major problem. We’ve become a scapegoat. All of us, not just the mentally disturbed people participating in all these mass shootings.

Now, I wasn’t going to do a post on this shit because honestly I get sick of saying things that should be so obvious.

If I shot up my community college (which I would never do; sure I can’t stand school, but that’s not everyone else’s problem), what’s the first thing out of my mouth while I’m in the interrogation unit? “The voices told me to”.

I mean, it’s an easy out. If you can fake it in front of a psychiatrist, if you’ve been acting strange around your friends, family, or better yet if you had no friends and family, you might just be able to pull it off.

On the other hand, maybe the voices did tell you to do it. In which case you’d just be a murderer, not a murderer and a liar. So, I guess that’s a plus for you.

I agree with Liza Long’s opinion. I don’t see mass shootings as a gun control problem or a background check problem, or any of that bullshit, I see it as the result of a “society that has failed to help our most vulnerable”. She’s absolutely right that these tragic incidents are “the price of our silence”. As much as I love keeping my mouth shut and observing, there are sometimes big consequences for doing so.

If these politicians and such love statistics so fucking much, why don’t they read their own studies and realize that people with mental disorders are much more likely to be a victim of a crime than to commit one. Take that check to your fat pig bank and cash it.

If anything, this kind of media coverage pinning mental disturbance as the reason for a mass shooting only fuels an ongoing ignorance that, in turn, fuels stigma. We’re the scapegoat, I’m telling you. Instead of pushing treatment for those suffering from severe mental disorders or for those suffering at all, instead of funding projects to help with early intervention, instead of helping teach society the truth behind living with a mental health disorder, they decide to keep on pumping up our military industrial complex and stress the importance of background checks. Because you see, it’s not societies problem that your son just went off the rails–you should have gotten him help (because it’s so easy to get help these days), he should have gotten himself help. It’s not societies problem the gun shop dude didn’t do a thorough enough background check, that’s his problem. Nothing is ever societies problem, it’s always the individual’s problem.

There is a huge difference between individualism and being an individual.

I agree with C. Wright Mills: Our private issues need to be public. How do we expect to grow as a society when everyone is trampling over each other? In kindergarten we were taught that “sharing is caring”. So . . . what the fuck happened with that?

I’ve stated it once and I’ll state it again: I never regret a word of what I write.

It’s obvious these dumbasses just want schools to keep getting shot up. Yeah, let the people run up in the elementary school and kill some kids. Give an address to the public. Have a representative from the government express grievance to the families. Go home, take a bath in your hundreds, and kiss your wife goodnight. Hope she doesn’t sit in a theater tomorrow and get shot in the back of the head. Wake up the next morning, help your kids get breakfast and send them off to their nice white private school where they’re safe from any violent schizophrenics wandering around. Sit in your seat in congress, jack off your neighbor, and go home.

Anti-Social people can really be full of themselves, very narcissistic. They need control to thrive and the government is no different. There’s only one way to put out a fire: take away the oxygen; there’s only one way to stop an Anti-Social personality on a rampage: take away their control. I’m not advocating violent revolution, but I am advocating revolution of thought. Don’t be lazy. It’s not their government, it’s our government. It’s not their country, it’s our country. It’s not their mental health policies, it’s our mentally “ill” families, friends, boyfriends, girlfriends, and selves getting dicked around.

I say we slip a few Risperdal in some official’s coffee. Maybe it’ll help squander their psychotic thoughts. It’ll for sure help with their addiction to whacking it.

Some of them might need something stronger. I’ll have the Haldol and Thorazine on hold for them. Don’t worry, I’m almost a doctor, they’ll be fine.

My point? Politics and Mental Health go hand in hand. Get educated. It’ll help in the long term much more than a protest. You can’t get arrested for learning. At least, not anymore.